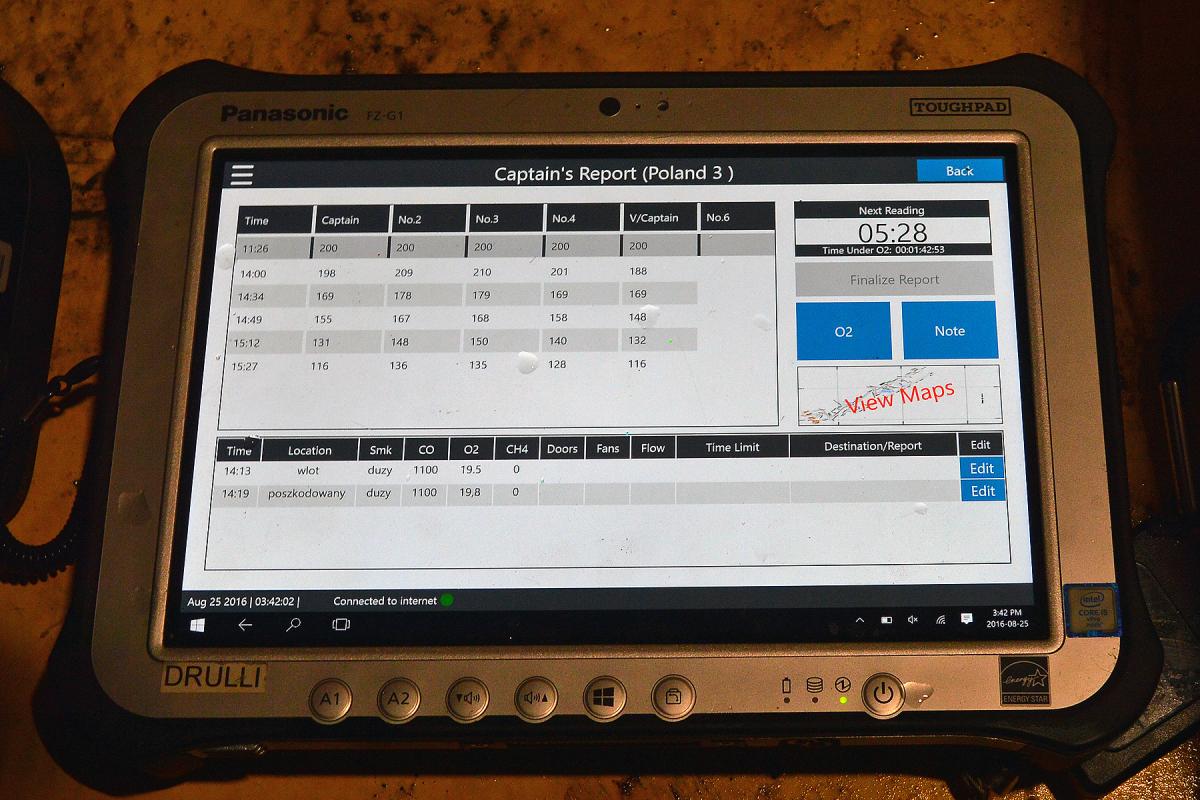 Ontario Mine Rescue volunteers are testing a tablet application designed to replace the captain’s clipboard.

Volunteers in two districts tested the tablet app during training in November and December, after which app designer FocusFS will make the final tweaks, said Shawn Rideout, Chief Mine Rescue Officer.

OMR purchased three tablets to test the software during the August 2016 International Mines Rescue Competition (IMRC) and the current trials.

During the IMRC, most competition teams quickly caught on to how to use the app based solely on a 45-minute hands-on introduction prior to the event.

“We had great success with it,” Rideout said. Approximately 20 of the 27 competition teams used the device, and “14 or 15 of the teams used it very successfully.”

“The Ontario teams used it to its full capability,” he said, and of all the teams that used the tablet with the app designed by FocusFS and OMR, “50 per cent of the teams did not want to go back to paper” at subsequent activities.

“Our next step is to roll it out to the districts for additional trials,” and then consult with the Newfoundland and Labrador software company for final tweaks, Rideout said. “We’re about 95 per cent of the way there.”

If a mine is equipped with Wi-Fi, “the biggest advantage is when a team is underground and they run into a stumbling block, they can livestream the data – such as an image – to the control group,” Rideout said. There is an immediate understanding of the situation the team faces.

Even in mines without Wi-Fi, the tablet app offers advantages, including the ability to include photos in reports, improved legibility, and electronic documents that can be easily shared.

“It is a powerful tool that will eventually replace the captain’s clipboard,” said OMR General Manager Ted Hanley.

Meanwhile, testing and development continues on the Draeger FPS 7000 facemask units with the FPS COM communications attachment. Mine rescue volunteers in southern and Kirkland Lake districts, as well as the IMRC, gave the product a qualified thumbs-up in testing. Testing is to continue in two different districts.