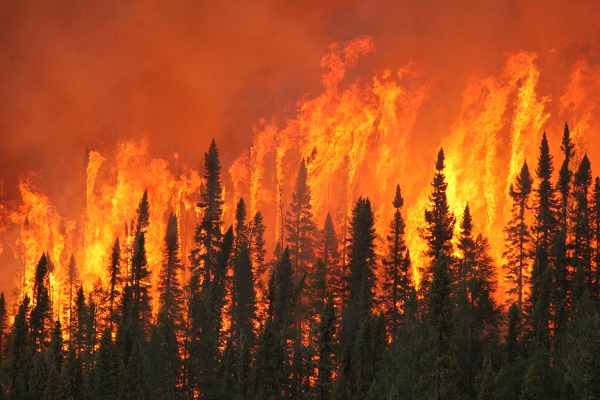 With huge forest fires in Fort McMurray, Alberta, and northwestern Ontario in 2016, industrial employers need to know about a fire prevention law that came into effect in Ontario the same year.

Effective January 1, 2016, a fire prevention regulation affects a number of industries that were not regulated before.

Industrial operations in forest areas constitute a significant risk of wildland fire. The risk includes fire and smoke that threaten the safety of the industrial operation, their staff, surrounding communities, wildlife, infrastructure such as power lines and travel corridors, and commercial forest licenses.

In order to minimize the number and impact of wildland fires caused by industrial operations, the Ministry of Natural Resources and Forestry (MNRF) updated Ontario Regulation 207/96 Outdoor Fires under the Forest Fires Prevention Act to specifically include industries such as mining, electrical power generation, railways, and utilities.

The regulation identifies the responsibilities of industrial operators in sharing the Ministry’s objectives of preventing and mitigating the effects of wildland fire in Ontario forests. To that end, Ontario forestry and logging operations have long since had their own protocol with the MNRF.

The significance of the legislation is that industries, especially those working in remote northern Ontario locations, will need to evaluate their operations and activities for fire risk, in addition to having fire prevention plans, training, and equipment in place.

The regulatory changes amending Ontario Regulation 207/96 under the Forest Fires Prevention Act provide direction for the prevention and suppression of wildland fires in forest areas within the fire regions during the fire season, normally April 1 to October 31.

Regulatory changes were designed to help ensure that:

The regulatory changes have the following requirements for industrial operations within forest areas:

The MNRF has created a special document Industrial Operations Protocol to provide direction and supplemental information in support of the regulation, including how to prevent industry-caused wildfires and expedite the suppression of any fire on or near industrial worksites in forested areas.

View current forest fire information in Ontario posted on a map by the MNRF. 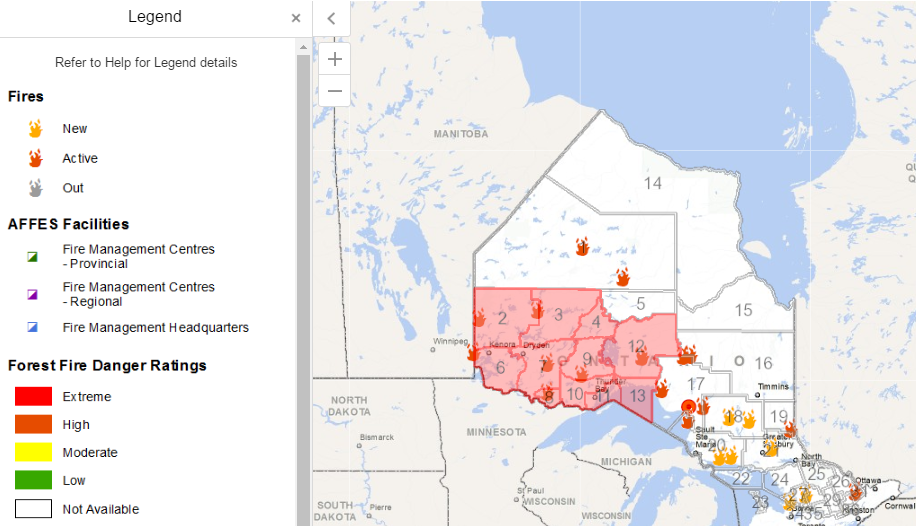 Ontario sawmills can learn from BC inspections