“Fighting” an underground fire as a mine rescue volunteer was an experience Alan Nursall will not forget.

The scientist/educator/journalist’s video feature – Alan Nursall Experience – a regular segment on the Discovery Channel’s flagship Daily Planet series has him experiencing life, science and technology as few people do.

“I loved it. I thought it was terrific,” said Nursall, whose experiences in March included a five-minute segment as a mine rescuer at Vale’s Creighton Mine in Sudbury. The video, Mine Fire, can be seen at http://www.discovery.ca/Article.aspx?aid=47686.

The idea of doing a segment on mine rescue arose several months ago, but progress was slow until Vale, with which Nursall has worked on previous projects, was contacted.

“Vale and mine rescue, they just got right to it made it happen extremely quickly and it was great.” 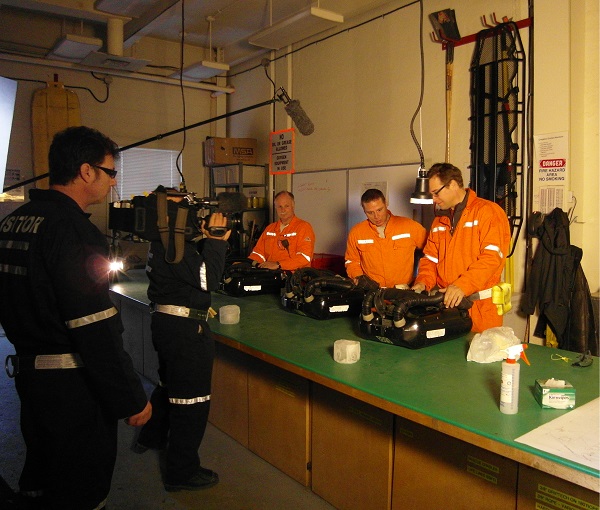 In the segment, Vale mine rescuer and “team captain” Mike Dudar directs #2 Man Nursall to check the air for contamination, attack an equipment fire with foam from a compressed air foam generator, and to use high expansion foam to knock down a stubborn fire.

“When we’re talking to people about these types of shoots,” Nursall explained, “we’re looking for their expertise to guide us and we look for the things that will look good on television and tell an interesting story.”

The purpose of the segment was “to take the viewer where they don’t normally get to go to see an emergency situation they don’t normally think about,” he said. Part of the scenario is extinguishing the fire, “but in the bigger picture it’s about how the rescue people . . . have limited resources and they’ve got to rely on their experience and expertise to get the job done.”

The experience also gave Nursall several insights into mine rescue.

“I had never been in a full rebreather before. I was surprised at how simple and efficient and effective it was. Once you’re in it, you totally forget you’re in it,” he said. But an even bigger insight was into mine rescue volunteers. 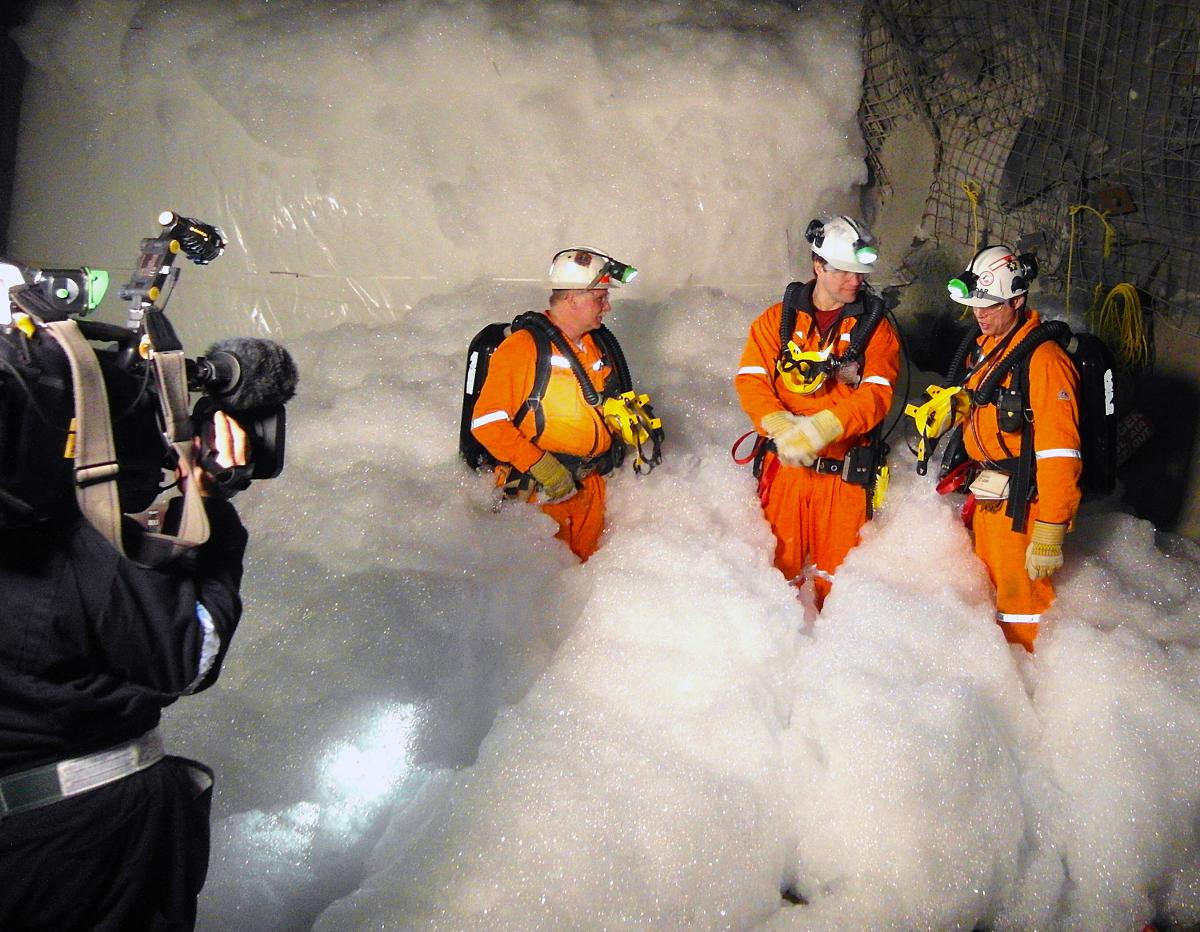 “I didn’t realize until we were sort of halfway through this was that how all the people on a mine rescue team are volunteers from other parts of the mining operation. I had envisioned these folks as mine rescue professionals,” Nursall said. “It was really fascinating to see to broad range of expertise...of people who have the training and the motivation to get involved with this.”

The segment was well received by Discovery Channel and Daily Planet, he said, and “I’m sure our viewers loved it too. I think it turned out extremely well.”

Nursall credits Vale and his mine rescue team for the success of the segment.

“Making TV like that is a real pain in the butt. It really is. When you see it on TV it looks so smooth, like you went down there pointed a few cameras and everything happened,” he said. “It’s a pain. It’s slow. It’s tiring and they (the mine rescue volunteers, Vale officials, Mine Rescue Officer Bruce Hall) were incredibly patient and incredibly accommodating.

“So just a huge, huge thank you,” said Nursall, who now wants to attend a mine rescue competition.

Perhaps as a participant?